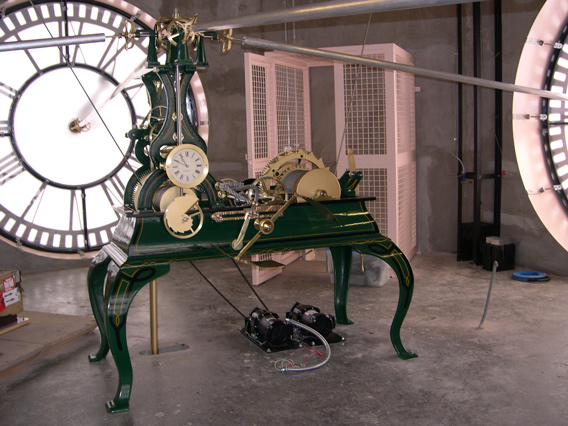 The $23 million dollar restoration of the Old Red Courthouse in Dallas, TX is now complete. The courthouse tower has been crowned with one of the most striking examples of the E. Howard #3 tower clock. The tower clock has been painstakingly restored to reflect its original factory condition when it was installed in the early 1890’s. Sitting at 240 feet above Dealey Plaza, where the clock has a commanding view of the historical surrounding area, including: the JFK Memorial, book depository, and grassy knoll,  the clock is easily visible to residents and visitors.. This clock has seen so much, and it is still showing the passage of time.

The courthouse’s original clock and tower were dismantled due to structural reasons in 1919. There are historical records indicating that the courthouse originally contained a model #3 with gravity escapement. However, the original clock has never been located. It is speculated that the clock was destroyed when the tower was deconstructed. 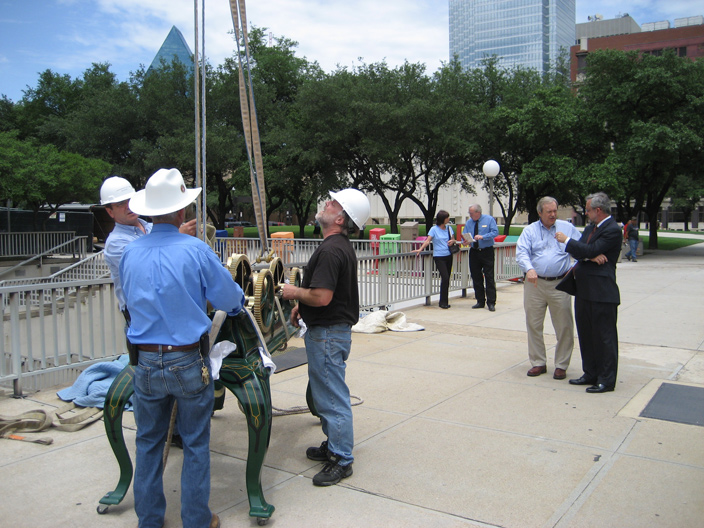 As such, during the tower’s restoration in 2007, another E. Howard #3 was located by Rory DeMesy, a renowned tower clock expert, to replace the missing original clock. Rory then restored the clock using archival documents and artifacts to precisely capture its original 1890 factory appearance.

Old Red’s E. Howard #3 tower clock has the optional double three legged gravity escapement, which was originally designed by Lord Grimthorpe for Big Ben. The advantage of this type of escapement is that the impulse to the pendulum is controlled by gravity which is a constant force and allows for more accurate time. To further increase the clock’s accuracy, the pendulum is temperature compensated using an internal Zinc tube. 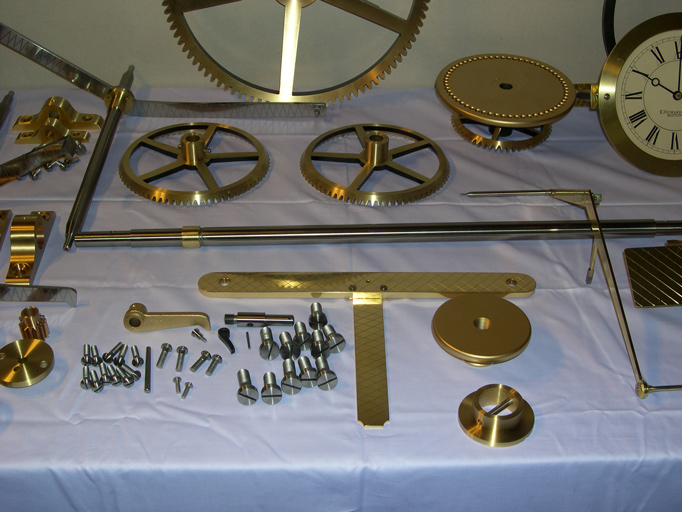 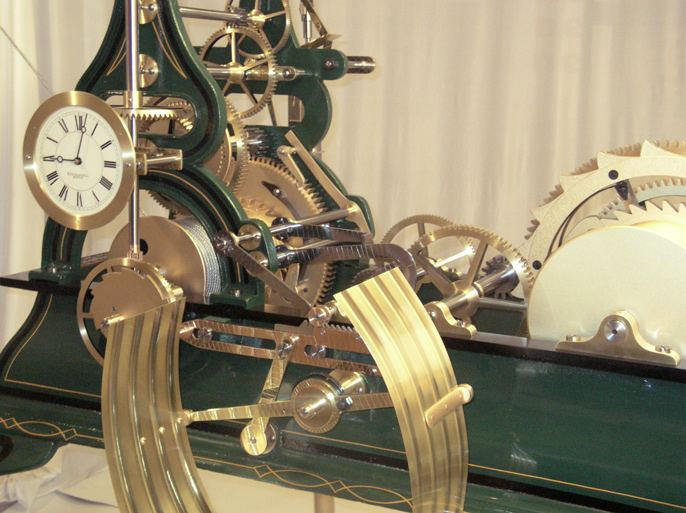 M. Schwalbach and His Clocks 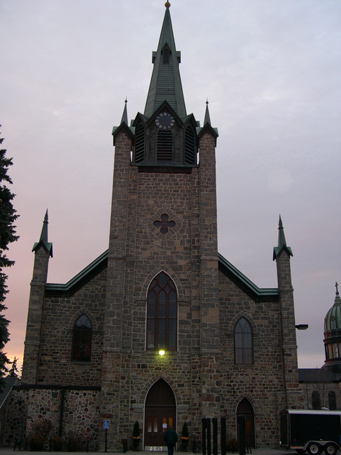 The Church of St. Joseph located in central MN contains one of the last remaining original four train M. Schwalbach tower clocks.  This clock not only displays the time, it is also capable of striking the hour, quarter hour, and Angelus.  With over 100 years of service, the wear and tear on the clock had made its operation inconsistent.  Mechanical Watch Supply removed the tower clock in 2007 for conservation of the original paint and refurbishing of mechanical surfaces.  Great care was taken to preserve and retain the original paint and surfaces as this was an integral part of the clock’s history.  Very few M. Schwalbach examples have survived with the original paint.

Located in Milwaukee, WI, M. Schwalbach was one of the more unique American tower clock manufacturers.  An interesting feature of Schwalbach’s clocks is that they incorporate a pinwheel spring remontoire escapement.  This type of escapement allows for an unvarying force to impulse the pendulum, increasing its accuracy.  Another interesting aspect of these tower clocks is that, once wound, they would only run for 30 hours before needing to be rewound.  Subsequently, Schwalbach’s tower clocks required dedicated caretakers that would climb the tower and manually wind the clock trains on a daily basis. 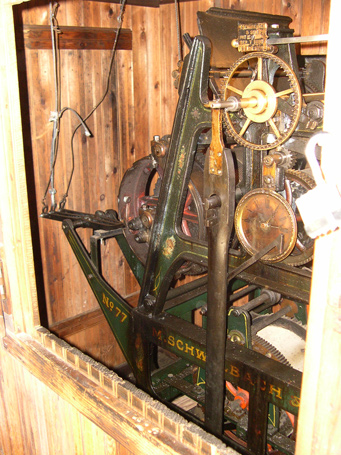 The Church of St. Joseph’s four train M. Schwalbach tower clock is unique in that it strikes the Angelus three times a day  (6am, 12noon, and 6pm).  Still in its original tower, this clock is the last known example of an original functioning Schwalbach Angelus.  The typical Angelus sequence is 3-3-3-9 striker blows to the bell.  The song was originally introduced in the 14th century.

This tower clock, now conserved, refurbished, and back in its original tower, should run for another 100+ years with proper care and maintenance.  The tower clock reflects Mechanical Watch Supply’s passion, skill, and technical ability to preserve tower clock history for future generations. 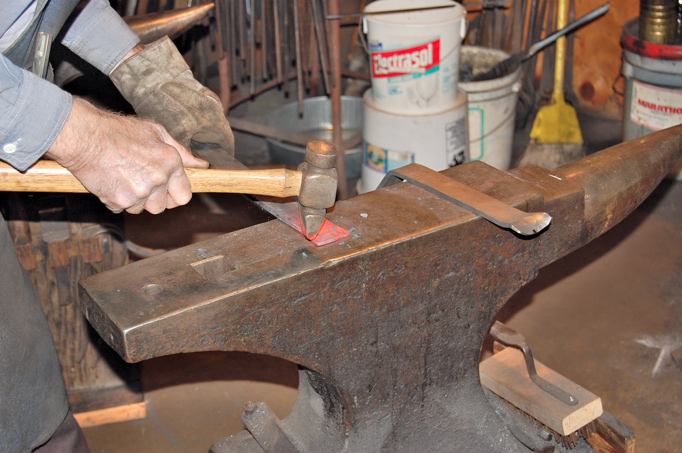 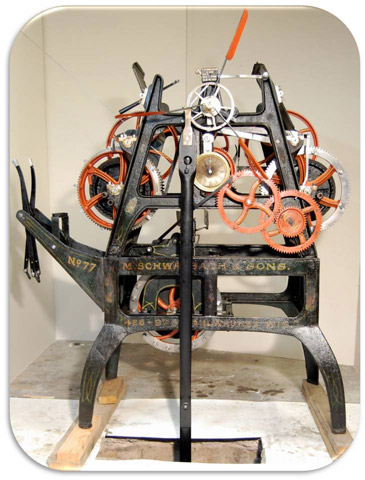